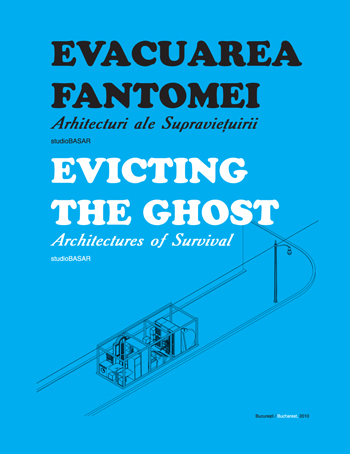 In the autumn of 2006, walking down the street, we passed by a compact volume of furniture wrapped in blue foil. We had seen such makeshift structures put up in the street by the evicted families before, but we had not paid them more than just a mechanical, almost indifferent, attention, with which we generally take in all the anomalies of the Romanian public space to the point that they become almost invisible. When we found ourselves in the narrow space between the sidewalk package and the house facade, we heard several voices and a clink of spoons and plates; we were passing by a family who was having lunch inside the blue parcel. We realized that the structure was actually a dwelling, and its occupants were not homeless persons in the strict sense of that word, but homeless families who lived on the sidewalk and owned tableware, furniture and apartment plants. (studioBASAR) 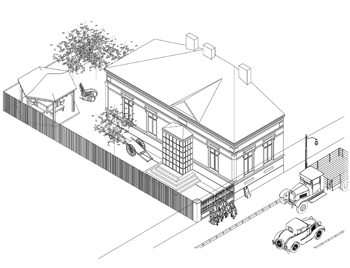 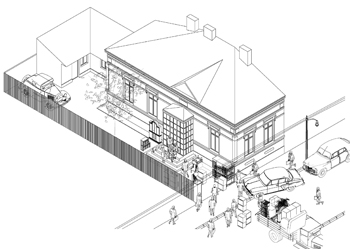 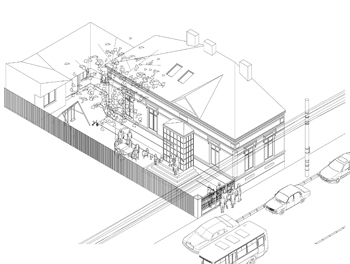 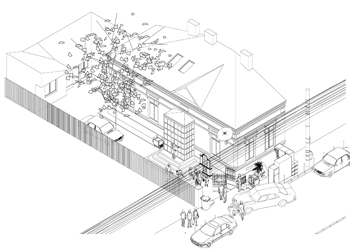 The book Evicting the Ghost. Architectures of Survival examines a specific phenomenon of recent Romanian social history: nationalization, retrocession, eviction. The study presents the multifaceted reality of forced evictions and includes information about the legislative history of these evictions, the uncertain status of private property owners in Romania over the last one and a half centuries, the stages of eviction, the stories of a number of families subjected to these measures and a typology of the dwelling places developed by those evicted, expressions of nowadays urban survival.

The case studies are presented in the form of an archive, but they can be seen as dioramas of the conflicts and disturbances suffered by post-1989 Romanian Society. Approached with the distance characteristic of a scientific atlas book, the research highlights the fight for survival, played here against the setting of a contemporary city and the precarious balance between the institutionalized discourse of the rule of law and the present condition of the individual. 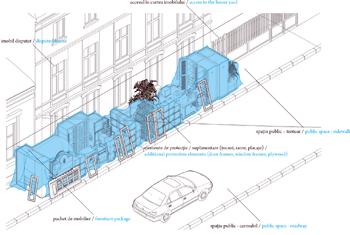 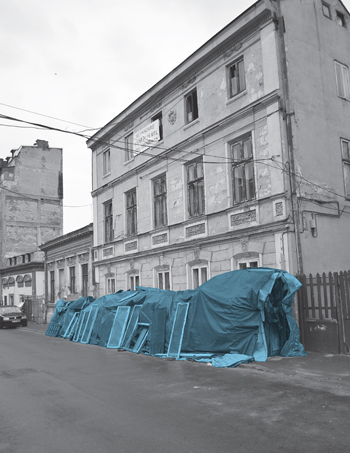 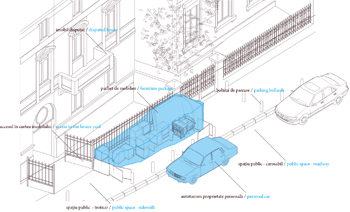 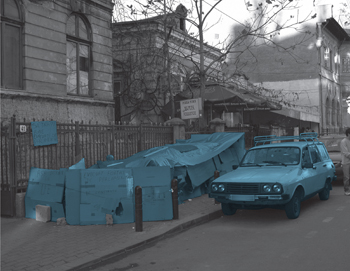 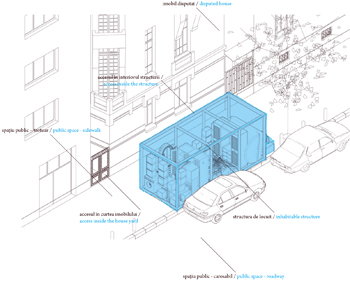 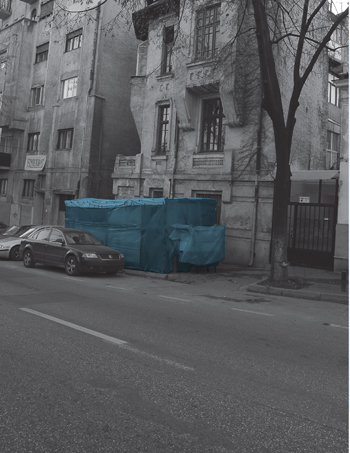 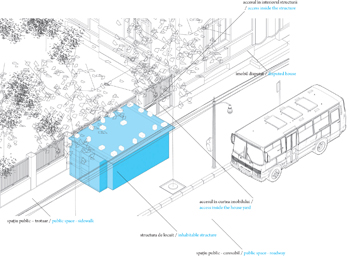 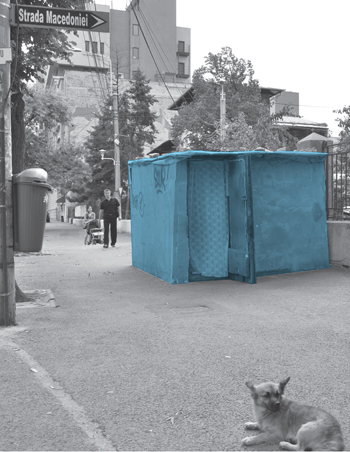 The publication is available at Cărtureşti and English Bookstores in Bucharest and can be ordered on-line at: