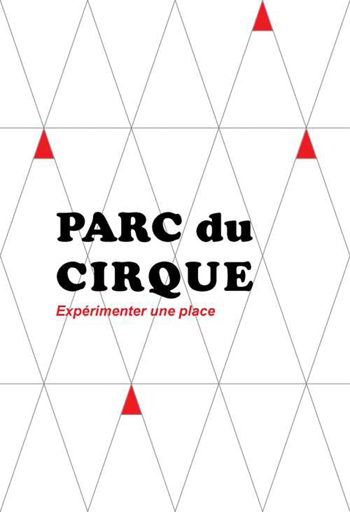 The project intents to formulate a temporary narrative of a place by an accumulation of actions. The goal of the interventions is to build a name: to give an identity to the place that aims to survive in the public sphere after the public event is over.

The chosen location is in the center of the city of Genève, a public park placed in between the Plain de Plainpalais in the South - a wide open plane that is under a process of modernization and rehabilitation, and Place du Cirque to the North - a busy junction of five streets. The park is a triangular green nameless roundabout without a clear identity: temporary excluded from the regeneration plans of Plainpalais, and rather separated from the Place du Cirque, it’s a place of discontinuity, of imposed isolation, almost peripheral even if placed in the public eye. 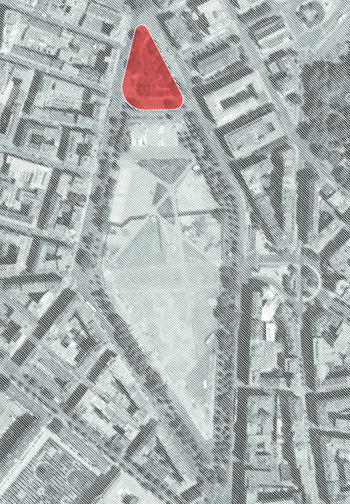 We took this state of delay as an advantage and a chance to address the destiny of such places not just as forgotten and leftovers in the city, but as necessary forms that also supports public life, as places where differences can arise out of superimposition of several, often contradictory layers.

By raising questions on site that are amplifying the existing situation, the project critically engaged the identity of the place and also questioned the type of interventions in the public space. 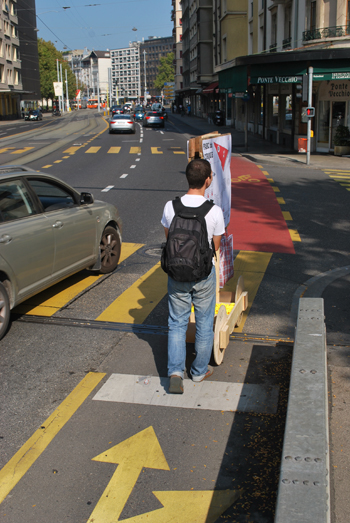 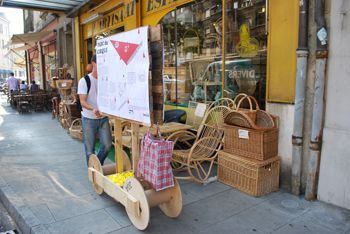 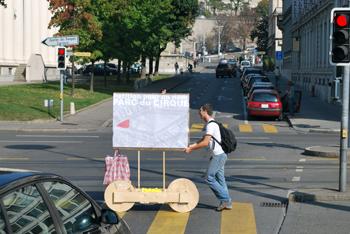 As an attempt to highlight the existing domestic ingredients of the place, the performance consisted in occupying the public water of the running fountain with 300 yellow rubber ducks and pouring in bathing shampoo. These actions quickly transformed the place from a public infrastructure used rather as decoration into a participative temporary sculpture, an engaging and provoking playground for passersby, kids and adults. 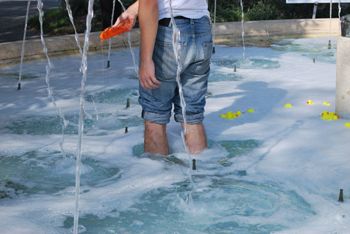 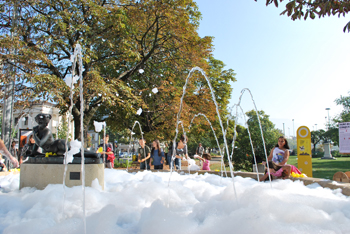 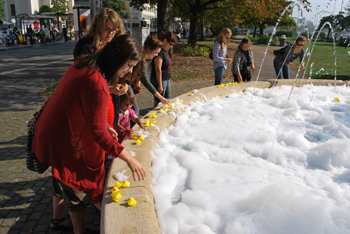 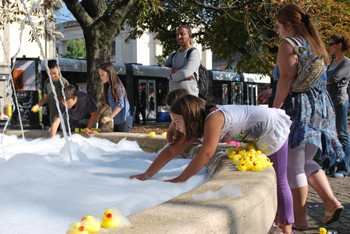 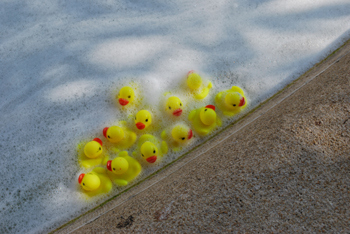 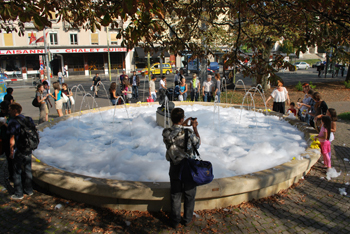 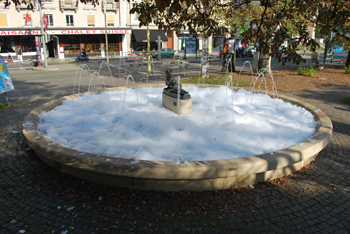 The action consisted in staging a public petition on site, about the site. By questioning the status and the future of the small park, the petitioners participated in creating a temporary identity of the place. During three days we discussed with a wide range of place’s daily  users: nearby neighbors, locals, migrants and tourists. 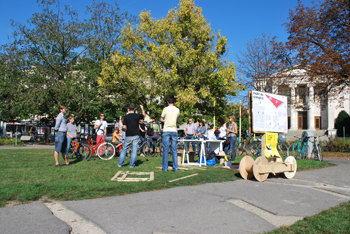 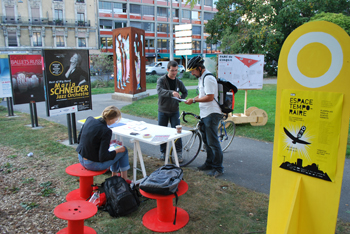 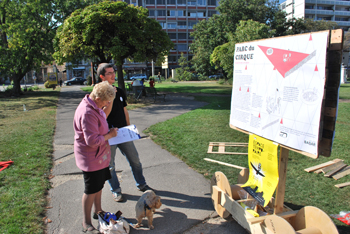 We build the name PARC DU CIRQUE out of wooden leftovers and placed it at the southern edge of the park, promoting and claiming a (new) identity of the place. 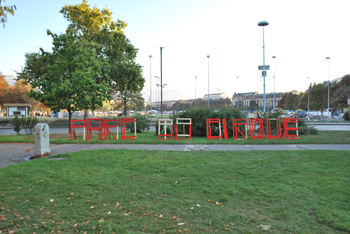 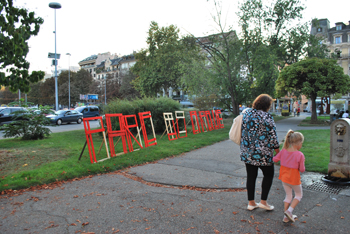 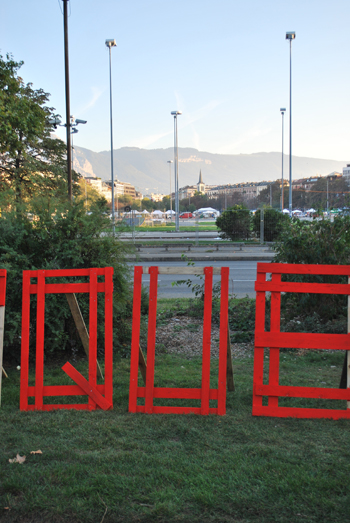