The project Re:Start happened in the framework of the Architect’s Ball Sinaia 2011, organized by the Romanian Order of Architects together with the Municipality of Sinaia, Re:Start went out in the public space where the Forum+ prototype was tested.

Without looking for long term solutions, Re:Start aimed to discuss the simple mechanisms of the contemporary community public space and the precarious relation of the architects with this space due to the permanent conflict between privatization and public interests. The Re:Start message encourages raising questions about the availability of the public space where the resistance, negotiation and solidarity are facing extinction, and the urban culture becomes more and more a consumer good. 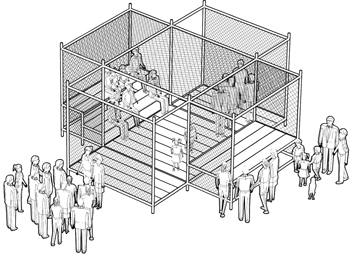 Forum+ was a short term pavilion: instant and charged with nomadic potential, built-up from industrial metallic scaffolding and partially protected by printed mesh, Forum+ functioned as a showroom of low cost public space.

In a rather pedestrian deserted place, in front of Casino Sinaia, we placed a container of public activities that supported and generated direct interaction between the local community and architects. 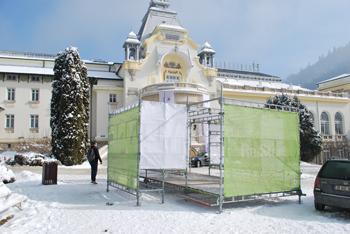 Although installed in a public park, the range of processes that the Forum+ pavilion included also the negotiation of public territory with the cars that were parked as close as possible to the entrance of the Casino, as a kind of staging the paradigm of the Romanian contemporary public space. During three days, Forum+ made a deal between parts, acting as an open platform for meetings and production, around which not only the cars roamed but also the actions and events of the Re:Start project. These events had generated spontaneous public space and underlined the need to reactivate local values, and promoted the public space as a period of time spent together in the city. 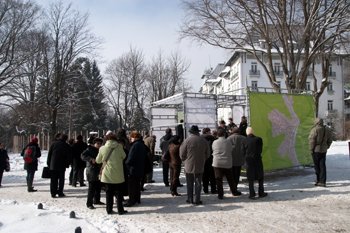 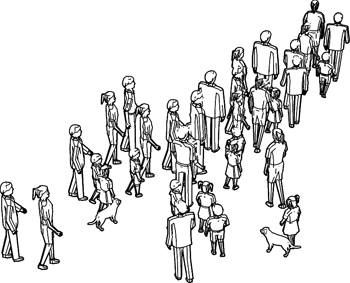 Leaving and arriving at the Forum+ the action had a double role: first to signal to the local community the presence of the architects in the city, and second to reactivate the cultural interests for this place, aiming for the visiting professionals and to the local community, by using a method seldom used now: walking together the streets. Led by a guide, armed with maps and photo cameras, groups of architects and locals had strolled for 3 days following some of the proposed tracks - Great Leaps forward, Tourism and Center, City and Mountain, Neighborhood and Industry, Satellites - that covered approximately sixty local landmarks, both historically and subjectively described, after long talk we had with the architect Dan Manea and mister Emanoil Bellu. 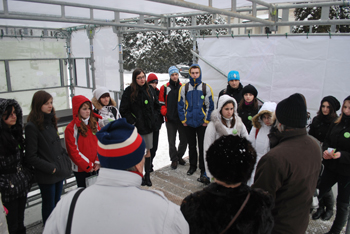 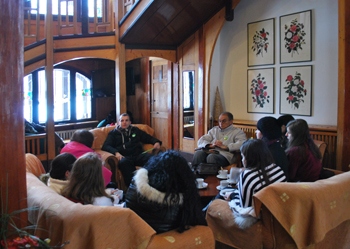 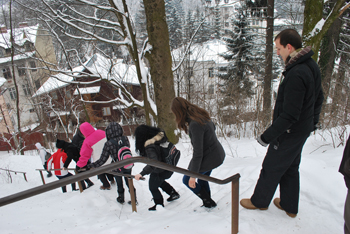 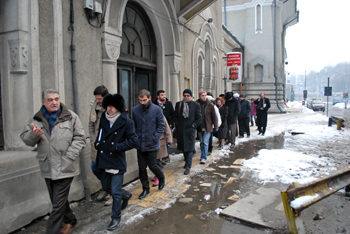 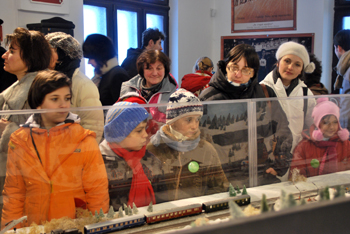 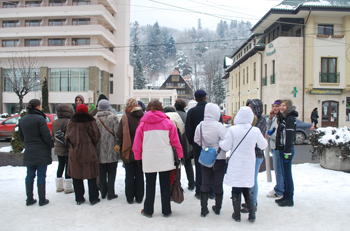 Sinaia for Kids - studio for community creativity for children initiated and coordinated by the architect Eliza Yokina. 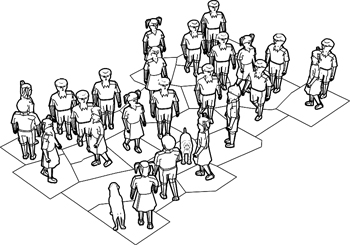 Following a game proposed by the architect Eliza Yokina, the kids had played at architects and community in the framework of an studio for urban creativity. This exercise of working together had pursued to stimulate children’s creativity and imagination toward the idea of the city as community and living. In the game took part around 15 kids from the local schools. By the end they received participation certificates as Propriety Titles. The model of the new created village as exhibited in the Casino during the architect’s ball and now is the lobby of the city hall. 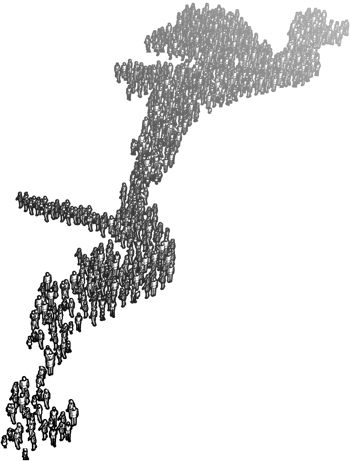 During 4 days questionnaires had been filled in about the public character of the city of Sinaia. Under the guidance of young volunteers from Sinaia, the locals and the tourists stop for a moment and think on streets, parks or schools about favourite public space, or gave their opinion about the future of the city. 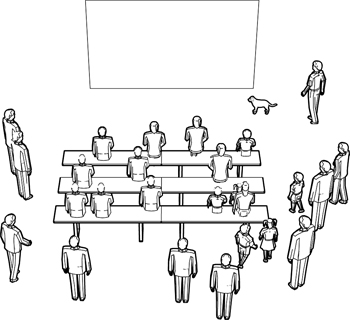 After the projections informal talks took place about the architect’s in the society, towards their visions and perception on this profession and it’s role in the society, and also about public spaces in Sinaia city had lost their community values and how we can re-activated them.

Beyond the performative and public sides, the project consisted in fact in provoking a network of relations between the participants, guests and local community, that have survived and consolidated after the ending the event and dismantle of the structure. 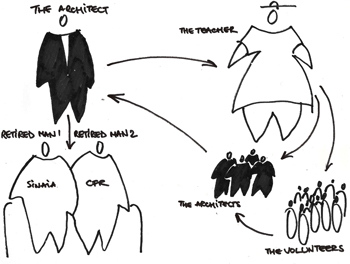 Let’s know our city - in the framework of the Tourism circle summer 2011, a walk-and-talk event took place with the theme Public Space = Common Space guided by studioBASAR together with architect Dan Manea. The walk followed a path that linked several micro-situations of endangered public space, and ended up with and emotional mapping of the city of Sinaia performed by the kids participating in the walk, on one of the city’s most characteristic alleys.