Step by Step: The Countryside

We placed on four wheels a temporary amphitheater, provided with an analog power-point (meaning some paper and markers), tooled up with seating places with handles (plastic bags filled with sponges) and a buffet (grandma’s cookies and boiled wine) that we pulled trough the center of Brasov, followed by the audience. Here we looked over the cultural condition of the countryside, going beyond inherited stereotypes and crossing the borders between the fields, we walked and asked questions, at a stroll, informal, live from the streets of Brasov. 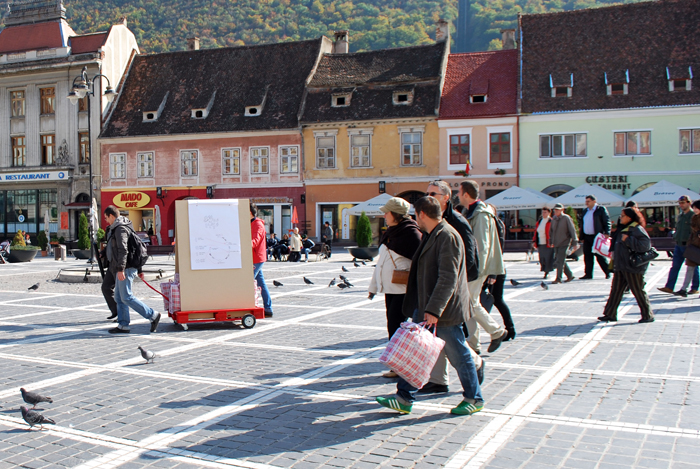 The procession stooped in few places that served as background for the four lectures. During these stopovers, the passerby were becoming audience, taking part with curious gaze in the presentations, as well as the cars, the bars, the cats, the garbage cars or the facades of the houses were defining for a short period an instant amphitheater. We have enjoyed the sun, the numerous audience and got more confident in talking about the countryside and provincialism. 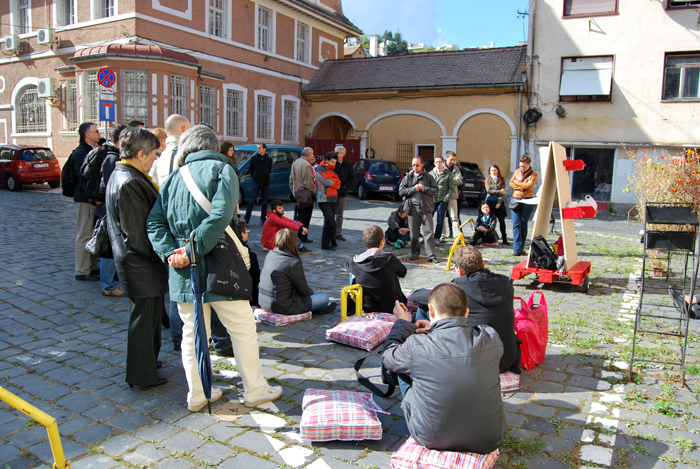 Step by Step: Architecture concerns us all 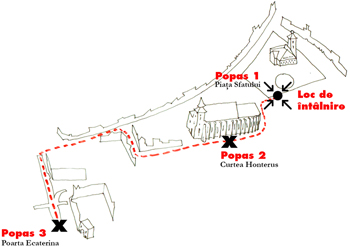 In a sunny Saturday, an improved mobile amphitheater from the 2011 event, hosted on a short track trough the city center a series of walking lectures having its starting point on Sfatului Square, where, helped by plastic buckets used as seats, we discussed the built environment not just from the perspective of the architect-author, but also seen from other professions that acts complementary with the architectural process, evaluating the uses, documenting the impact and examining the manifestations of the everyday. 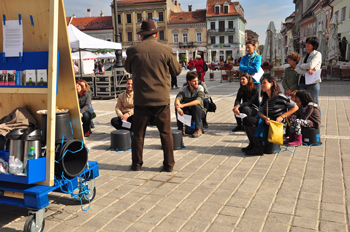 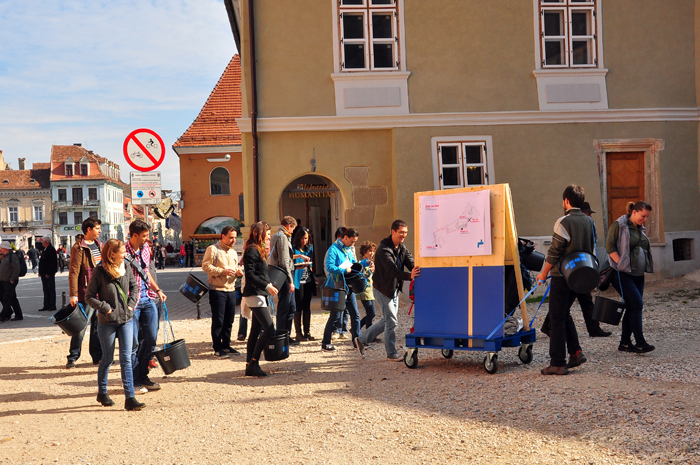 For two hours we constructed questions along the way, right on the city streets, where guests and passersby listen with interest stories with medieval towns as a form of social organization, wooden churches saved in rural communities or the vegetation as a setting for interaction and common responsibility. 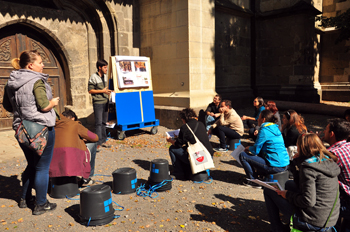 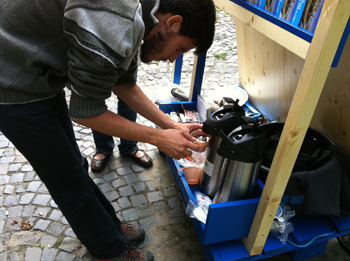