Between 20-27 august the Apartment from Bucureşti 68 street, Chişinău, Republic of Moldova, realized by Ştefan Rusu and where Oberliht association activates, has been extended in the framework of a workshop attended by architects, sociologists and artists from Czech Republic, Georgia, Romania and Moldova. 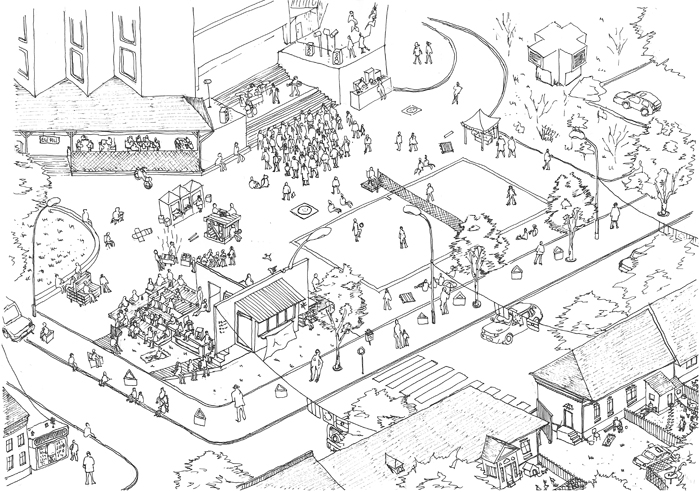 The temporary but permanent intervention aims to add to the existing structure made out of exposed concrete few wooden elements that will trigger new uses of the nearby area of the Apartment, like an open air cinema, a market area, a citizen corner or a sports arena. The extension, seen as a local and regional typological phenomenon of adapting the modernist project to the current needs of the inhabitants, aimed to increase the role of the Apartment in the alternative process of using the nearby area other than just a crowded parking space. 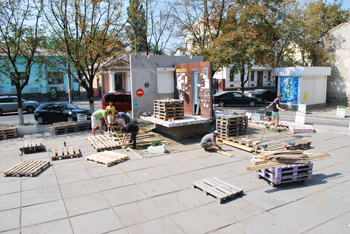 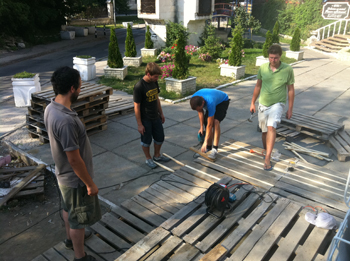 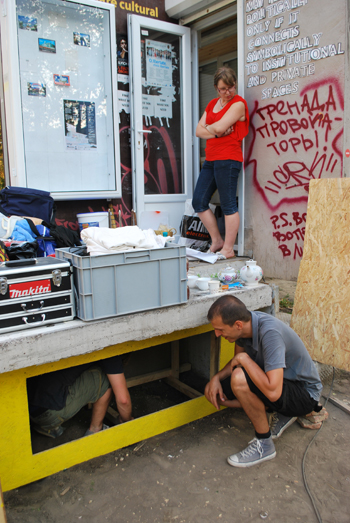 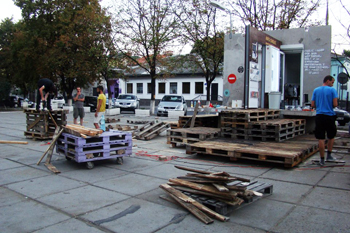 For a couple of days, the outdoor workshop, film projections or the international tournament of soccer-tennis had tested elastic uses, proposed hybrid solutions and have been contributing to the consolidation of the public role of the Apartment in the local urban geography. 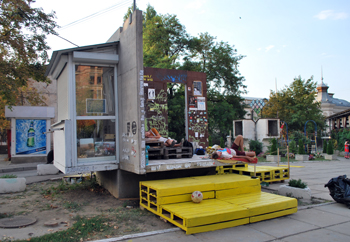 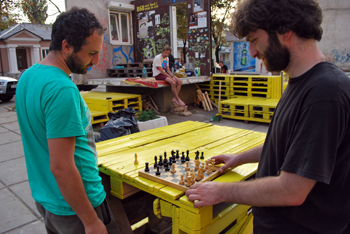 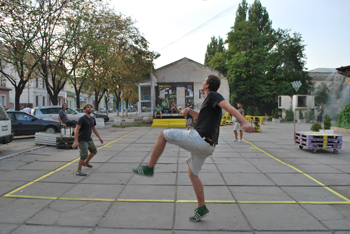 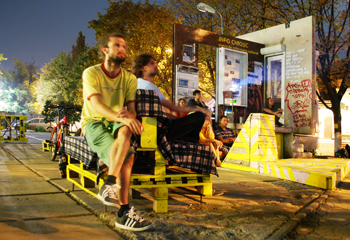 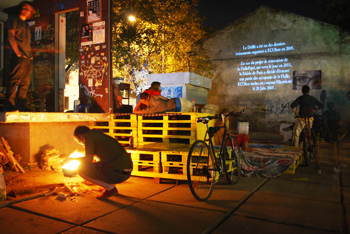 The aim of the residence was also to test the possible activation of other public spaces in the city, by temporary occupation and functional re-use, that can grow into a network. The first space was the basin from Cehov square, an empty collector, damaged, useless, placed in a central area of the city, but practically invisible and abandoned. The intervention started with an action of cleaning of the basin and painting of the perimetral wall, followed by constructing a wooden acces inside the pool and ended with the projection of a documentary movie onto the wall of the theater nearby.