organizers: AStA - Association of Student Architects from Cluj, in the framework of Architecture Days 2013

The workshop developed in three phases during 2012 and 2013 in the framework of Architecture Days 2013, event organized by AstA, with the support of Romanian Order of Architects, The Administration of National Cultural Fund, Romsilva, Mercedez-Benz Trucks. 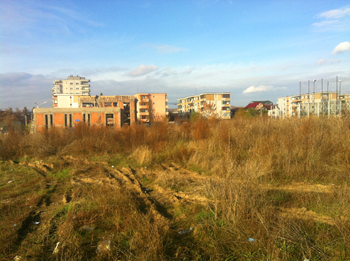 At first sight, a mobile park is nonsense, a juxtaposition of two contradictory situations. The resulted image contains a provoking absurdity, a feasible instrument applied upon a world where the continuous movement tends to become today’s dominant paradigm, completely swallowing the manifestations of the everyday. Mobility and the seduction generated by its irresistible character of possible utopia are a fata morgana of each generation of architects, having similar qualities like the science-fiction movies that are telling more about their time than about the future. In such a context, we asked, paraphrasing Cedric Price: If mobility is the answer, what is the question? During the theoretical part of the workshop held in November 2012, the participants asked questions on each of the five proposed intervention sites, addressing themes like the potential of the dense peripheral urban space, the vegetation practiced only as green space or the lost neighborhood. 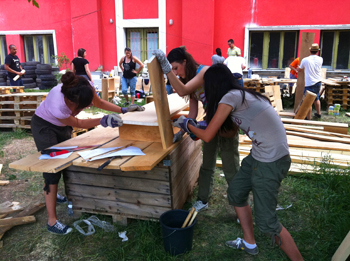 In 2013 the chosen locations were prepared in advance by actions of mapping, making contacts or planting. The second phase of the workshop took place in the courtyard of the Art Faculty, where, during three days, we built benches, chaise longue, chairs, shelves, panels, a kiosk and an umbrella, that filled up a truck. In the last phase, the truck crisscrossed Cluj and stopped for one day in each of the five locations, where it opened like a container of activities, leaving objects, situations and relations behind. The truck, loaded with furniture and plants, had become a Mobile Park: a generator of usages that instantly transforms the location into an accessible green area, temporarily activating places that are forgotten by the administration and are rediscovered now by the locals, and leaving behind newly planted vegetation and public furniture. 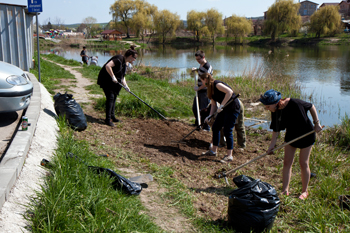 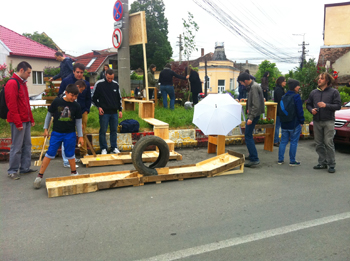 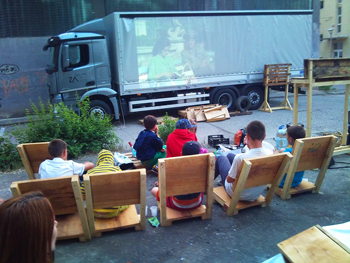 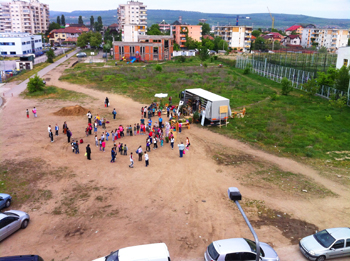