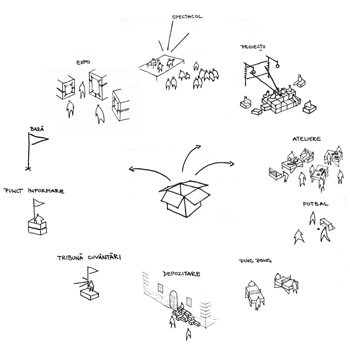 The Toolbox was produced in the framework of Street Delivery#8 and supported the event ‚Across the Street’; organizers Cărtureşti Foundation and Romanian Order of Architects. 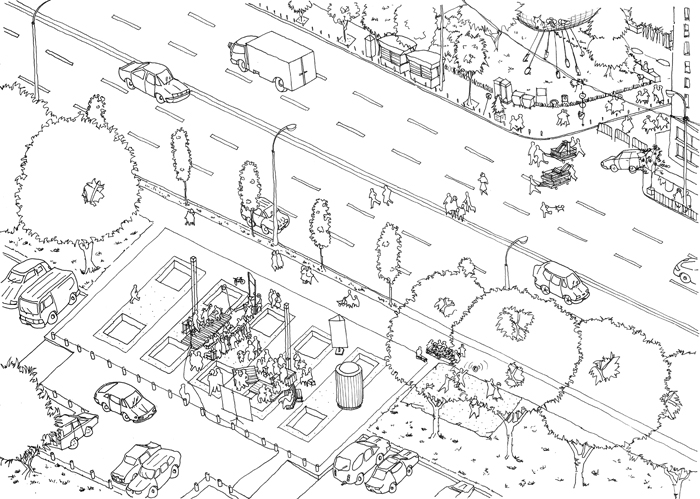 By the event ,Across the Street’, the Toolbox extended for the first time the Street Delivery over Magheru boulevard, acting for the continuation of the initial plan to connect both segments of the Arthur Verona street accros the boulevard. 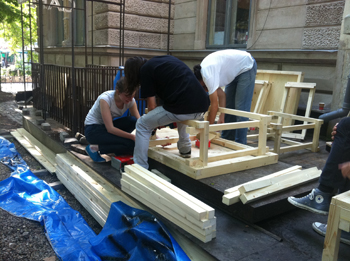 Manufactured within a wood workshop that took place one week before the festival, the Toolbox was set as a fast intervention unit that can be transported, installed and adapted easily to support different types of actions of public space activation: workshops, performances, projections, lectures or exhibitions. 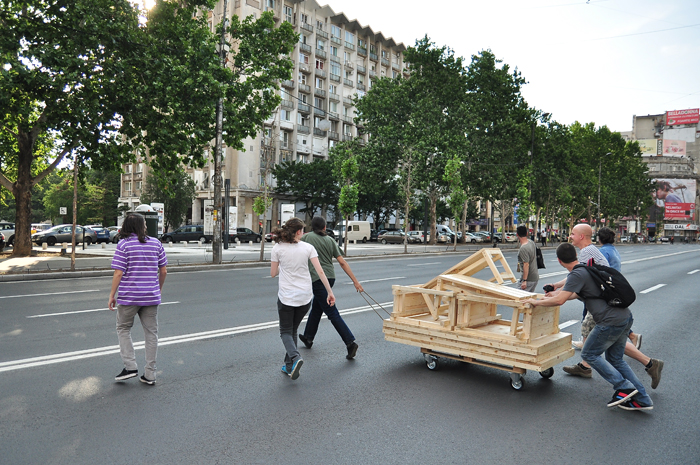 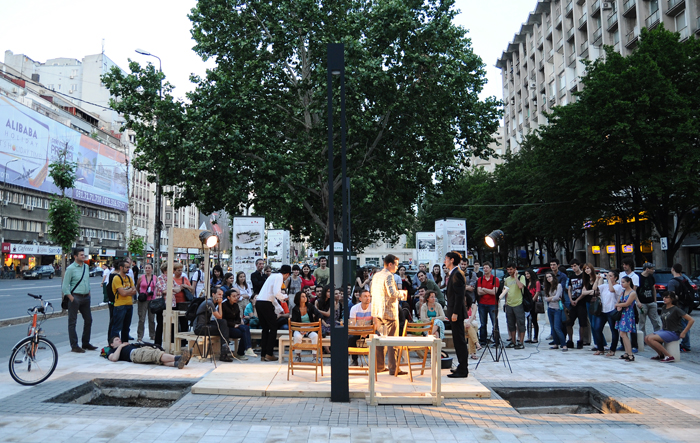 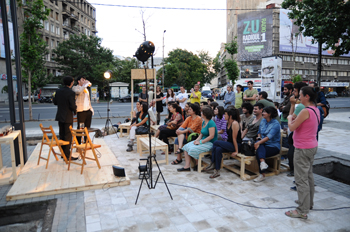 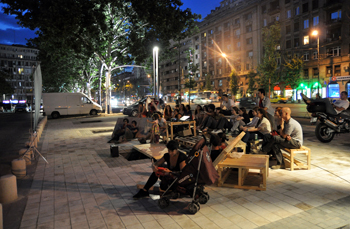 Producing a series of modules that foster the multitude of functions trough different options of joining and storing, the Toolbox functioned as a support structure for several activities within the festival. 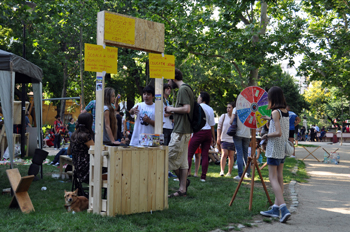 Two years after the festival, the Toolbox took part in several events deployed in the public space. The aim of the Toolbox was to become an instrument, a tool that can be shared by organizations which deals with public space but doesn’t have the infrastructure for that. Until now the Toolbox was used by several groups, its management contributing to the growing to the collaboration level among them and generating new actions that involves in the future also the Toolbox.

The Toolbox supported ,School in the street’ within the event Rahova Delivery; organized by Association laBOMBAstudios and Street Delivery. 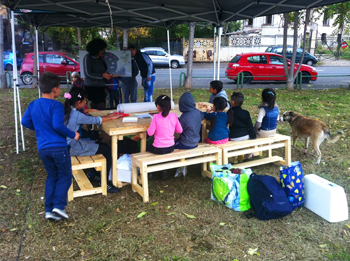 The Day of Non-formal Education

The Toolbox supported the intervention workshop in the yard of School 31, whitin the event ‘The Day of Non-formal Education’; organized by Komunitas Association. The Toolbox supported the event ‘Across the Street’ within the event Street Delivery #9; organizers Cărtureşti Foundation and Romanian Order of Architects. 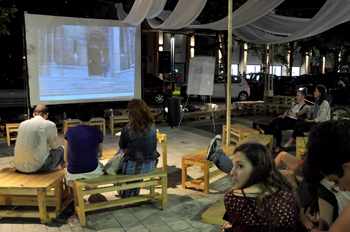 The Toolbox supported the Mobile Urban Accumulator (AcUM) within the project Urban Spaces in Action; coordinated by Komunitas Association. 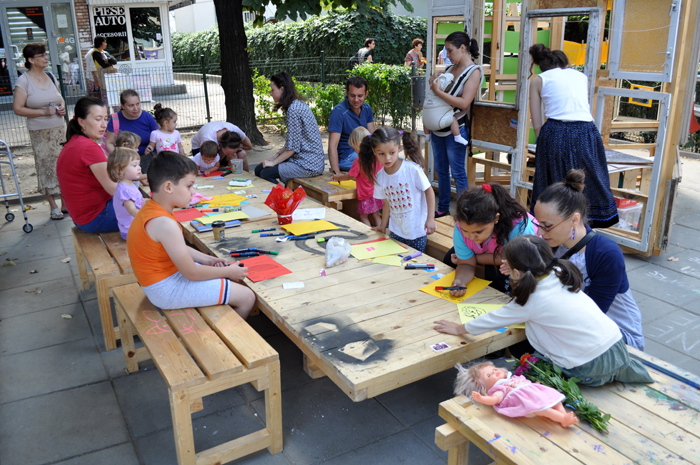 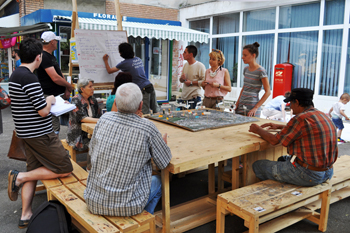