Trailer for Research and Activation

„The Trailer for Research and Activation” is a project coordinated by studioBASAR and financed through the Mobilizing Excellency Program, created by Porsche Romania and developed together with Bucharest Community Foundation. 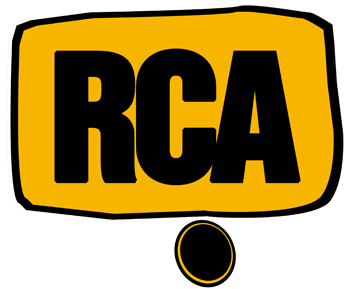 The Trailer for Research and Activation is a mobile equipment that acts as a fast intervention squad used for the production, support and transformation of the public space. Following a series of mobile structures developed by studioBASAR in the past years, as The ‘89 Box, The Toolbox, The Urban Mobile Accumulator or the Step by Step, the Trailer aims to apply the lessons learned through the use of tactical equipments in the production of public situations. The Trailer acts as an open source instrument directly engaged as well as into the diversification of the mechanism that condition the spaces, but also into the multiplication and empowerment of the actors directly engaged into the production of public spaces. 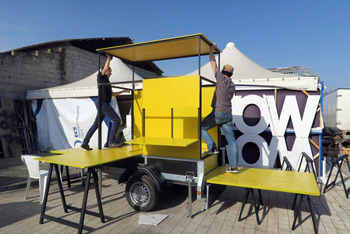 Easy to carry and maneuver, the Trailer is a protean functional device that can quickly adapt to the local condition of the suffocated public spaces from the contemporary Romanian cities. Measuring 1X2m at the base and 2m in height in close position, the Trailer can open as a “surprise box” until 3X7.5m at the base and 2.5m in height. Set in a light single ax trailer and built on a structure from welded metal frame, inlaid with flapping wood boards painted yellow, fitted also with extra amenities such as a canopy, seating places, and technical equipments, the Trailer can transform itself according to the local geography into tables for workshops, exhibition boards, small stage or outdoor cinema. 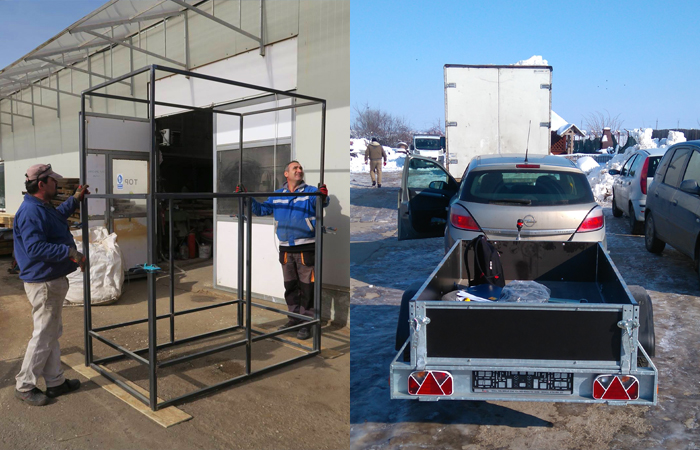 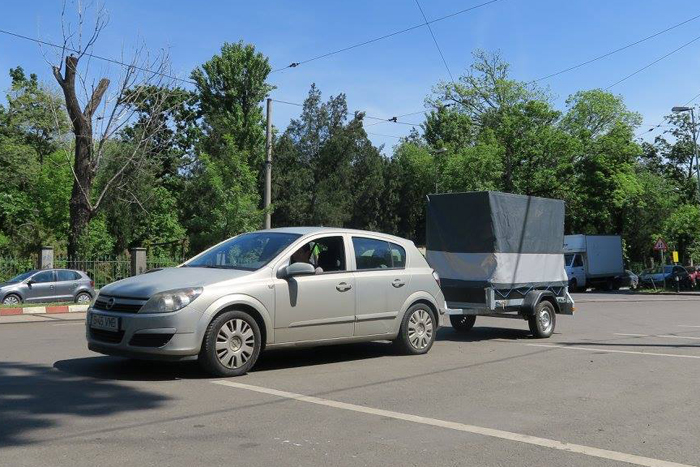 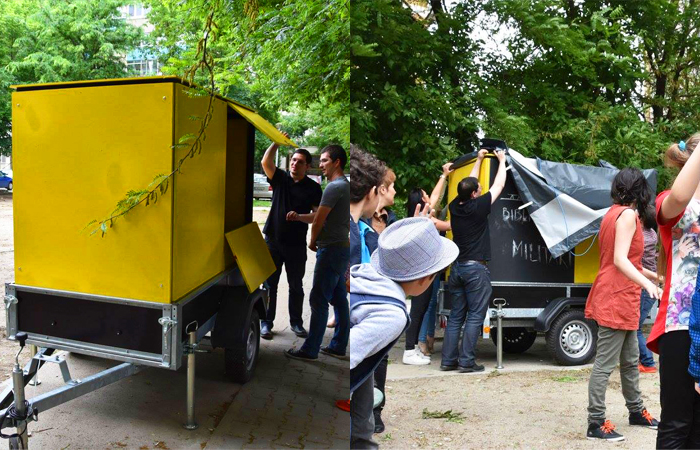 Beyond its capacity to function as an ad-hoc public space generator, the Trailer supports and even transform through use the organizations that activates in the field of the production of public and community space. Thus, after it has been tested within the opening event of “Gheorghe Lazăr” library in May 2016, the Trailer became a mobile branch for the Bucharest Metropolitan Library (BML) a toured for 3 months Bucharest’s big parks, where it hosted the “Stories Caravan”, a project initiated, developed and implemented by the BML. Not just the library trailed the culture, but other cultural organizations and civic groups have opened the Trailer in Bucharest, reaching a number of almost 20 events to support in the first 6 months of use. 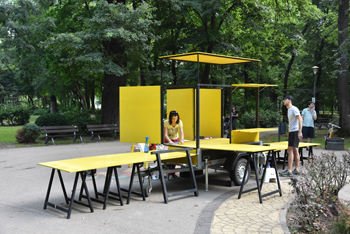 Open site: the library from Militari

Event organized by studioBASAR on 13-14 May 2016, Military neighborhood, Bucharest. 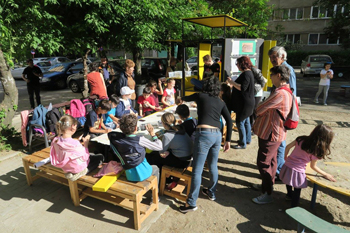 Event organized by the Civic Group Încotroceni on the 2nd of July 2016 at the interesction of Joseph Lister and Dr. Carol Davila street, Cotroceni neighborhood, Bucharest. 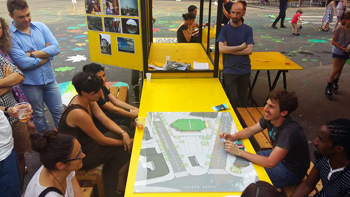 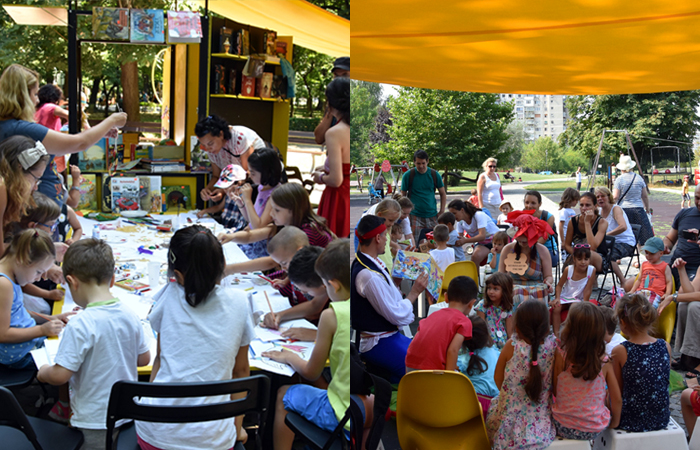 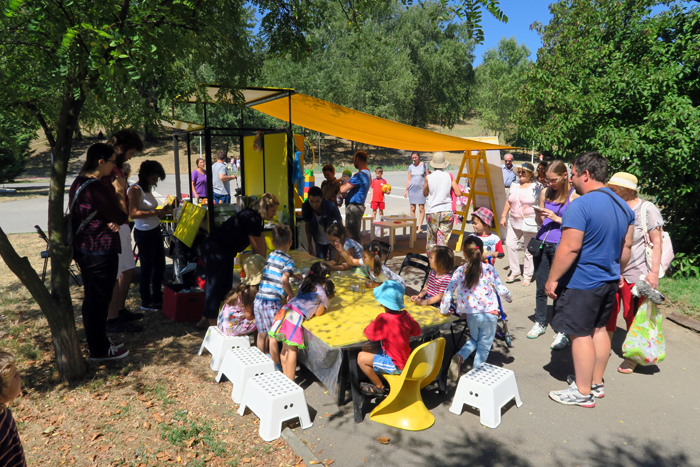 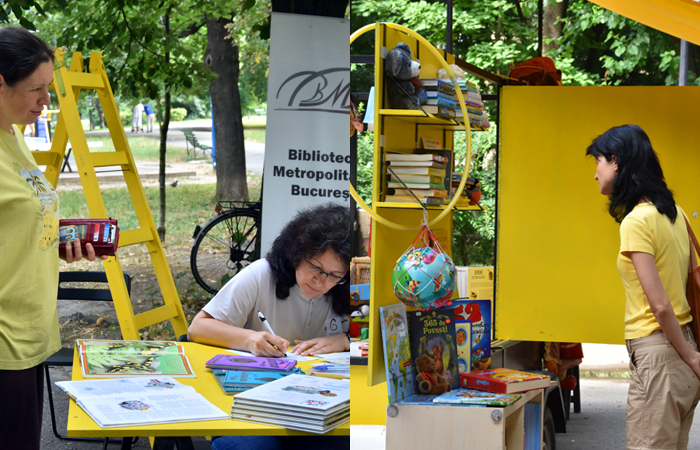 Event organized by VolumArt Association on 17th September in the back of former Favorit cinema from Drumul Taberei neighborhood and on 1st of October in the front of the former Floreasca cinema, in Bucharest. We paint the wall in between the people

Event organized by the Civic Group Cişimgiu on the 23rd of October on Ion Brezioanu street, Cişimigiu neighborhood, Bucharest.