“City School 2015-2016: The Library from Militari” is an applied education program coordinated by studioBASAR and financed through the Mobilizing Excellency Program, created by Porsche Romania and developed together with Bucharest Community Foundation. 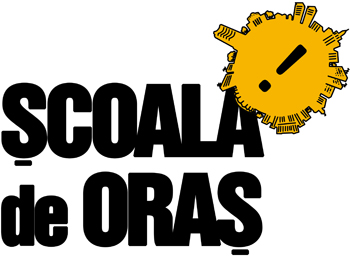 Starting with 2011, studioBASAR initiated the series of Public Space Workshops as a informal live educational project, where the participant engaged into a intensive 1-2 weeks format the public space from different urban contexts, as Bucharest, Cluj, Timisoara, Iasi, Chisinau, Sinaia, Kassel or Brno. Following the experience accumulated during the Workshops, studioBASAR initiated the project “City School”, that aims to develop on medium and long term a program of applied education intended for students of architecture, urbanism, sociology or other related fields. “City School” aims on one hand to research authentic situations identified in the local context, but also on the other hand to engage directly into the production of space, contributing to identify, test and develop in partnerships with local real actors to alternative instruments of production and management of the public and community spaces. 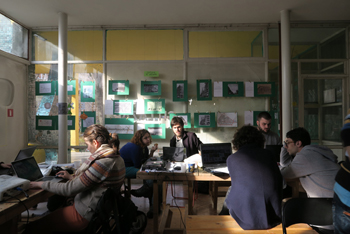 The pilot edition of the “City School” consisted in the re-organization of the branch “Gheorghe Lazăr” of the Bucharest Metropolitan Library (BML) from Militari neighborhood. Through the production and distribution of culture and education in the neighborhoods, BML network remains among the few institutions and public space resources with a potential in activating and coagulating the community. Closed for more than 5 years, hidden in the back of Veteranilor market, behind melons bulked on the sidewalk, tomato caskets, honey kiosks, or flower buckets among which cars and hasty passersby are crawling, the library occupied the former family meeting space at the ground floor of a studio apartments block. 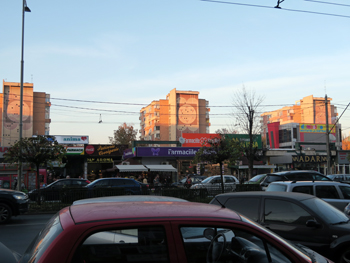 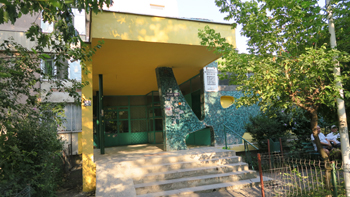 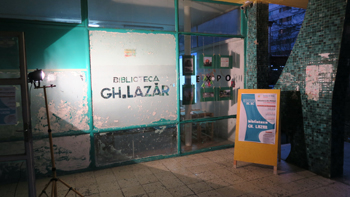 The library became for 6 months the working studio of a multidisciplinary team made of students and young graduates from architecture, urbanism and sociology. The “City School” team took the library out of hibernation and, with a minimal setting, temporary opened it as a living room in the neighborhood. Here we talked with the neighbors, with the library users and with the librarians from other branches, we took interviews and organized ideas workshops, from where we collected opinions and proposals about how the library could transform. Some of the ideas where tested on spot, organizing projections, exhibitions and DIY workshops. 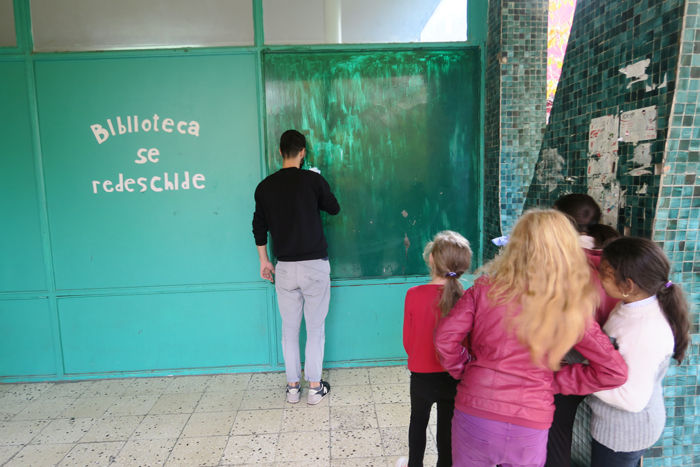 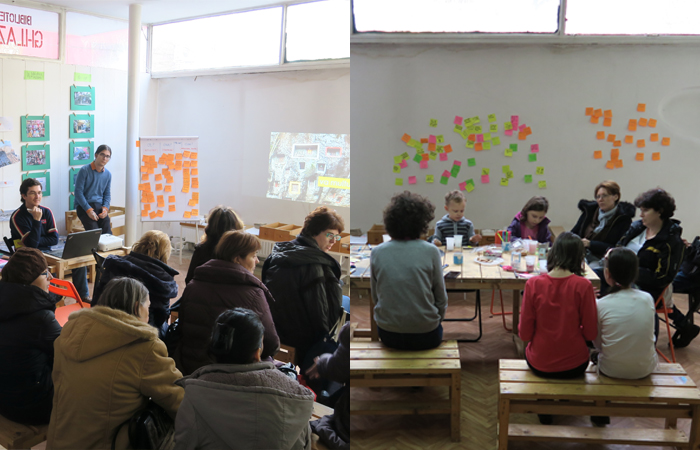 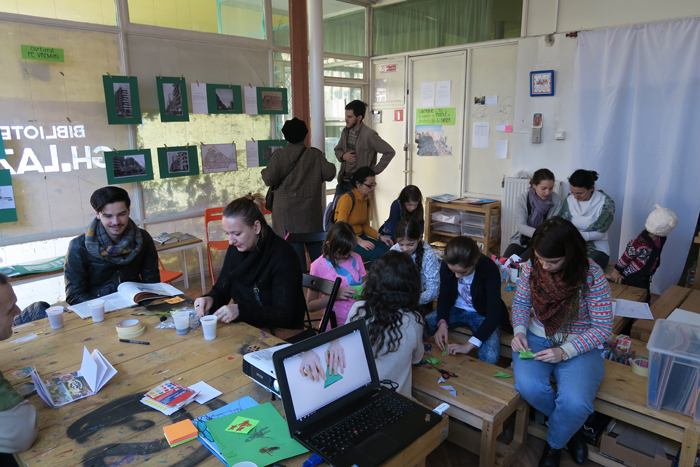 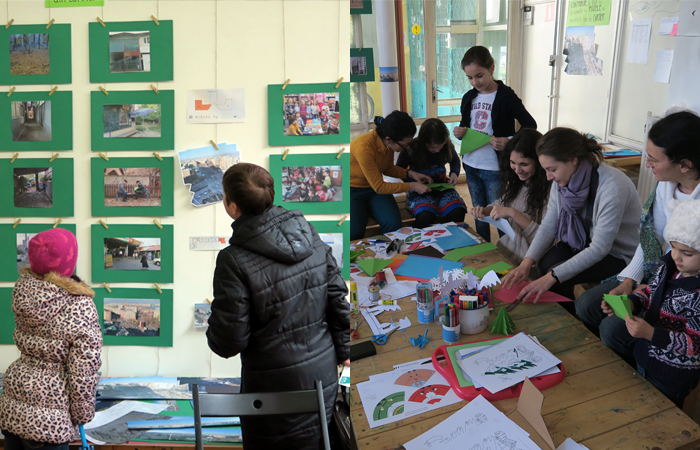 All these accumulated informations have been transformed by the School’s participants in spatial and functional scenarios. The track of the project provoked at the end the BML to make a huge institutional step, unplanned in the beginning, but wised by the users: the re-opening of the library, with opening hours, a librarian, books and subscriptions. Thus, partially built during a construction workshop of couple of days, the layout focused on the main resource of the library, as identified by the users, the librarians and the participants: the open space, with flexible furniture, freed from excessive book shelves. The opening consisted of an event where workshops, games, exhibitions and public lectures showed to the users several possible scenarios for the library working as well as a space that can support cultural production, but that can also function as a place for social interaction. 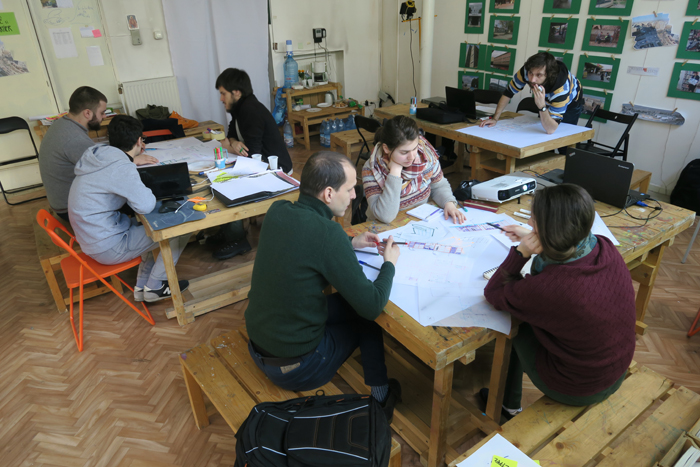 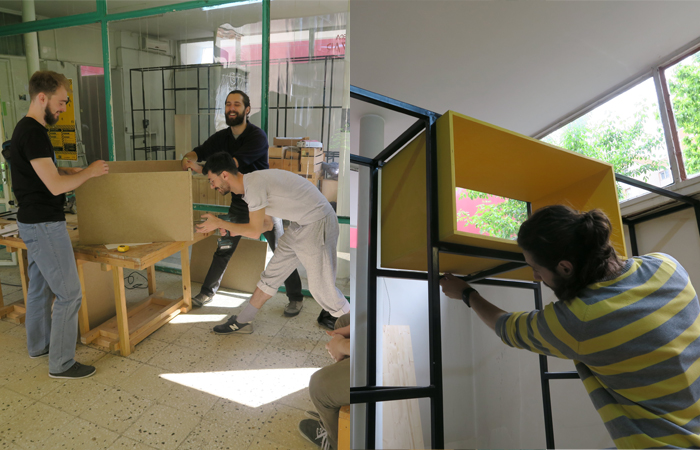 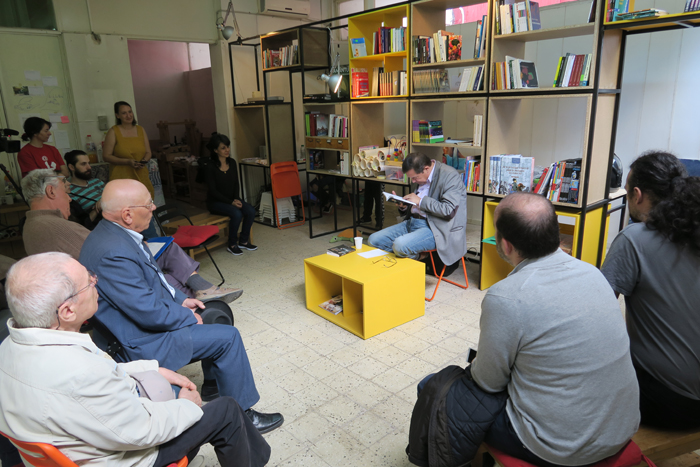 In the same time with the opening, the event took the library out in the street through a mobile pavilion: the “Trailer for Research and Activation”, which later during the year became a toll used intensively by the BML, more here: http://www.studiobasar.ro/?p=7133&lang=en 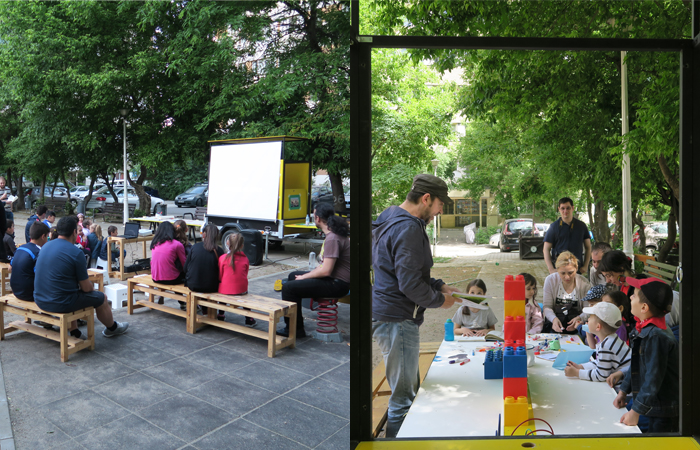 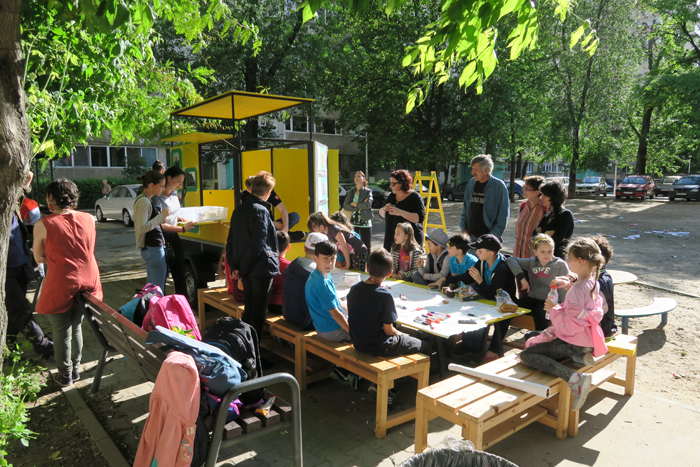 The experience accumulate within the first edition of the City School had been synthesized in an Activation Guide. The aim of the Guide is to deliver the lessons learned towards the BML network. The Guide presents the main stages of the School as they evolved within “Gheorghe Lazăr” library, depicting our own experience, proposing possible action courses for similar projects in other branches and offering practical advices on the way. Circulating the Guide within the BML’s network took place through the agency of ideas workshops that were attended by the majority of BML librarians and where possible initiatives have been drafted which on the short term can trigger a series of similar projects in several BML branches. 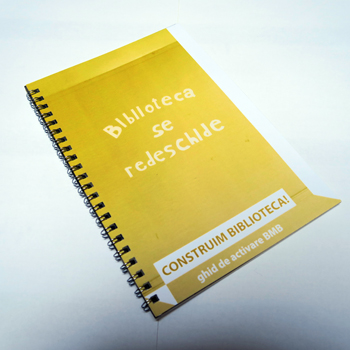 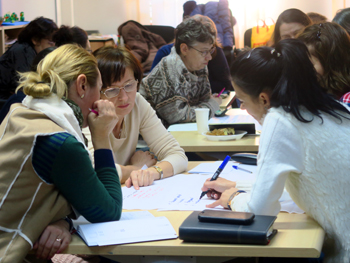