Tei Community Center is an Urbaniada project, with ING support.

“Lacul Tei” Civic Initiative Group (LTCIG) - “a group of ordinary citizens living in “Lacul Tei” area that decided to try to change the living in the neighborhood” - is one of the civic groups that have emerged in Bucharest in recent years as a response to the opacity of the processes and mechanism that make up urban planning. Thus, ordinary citizens, supported by specialized NGOs, began to coalesce around current issues of their neighborhoods and claim their right to the city. 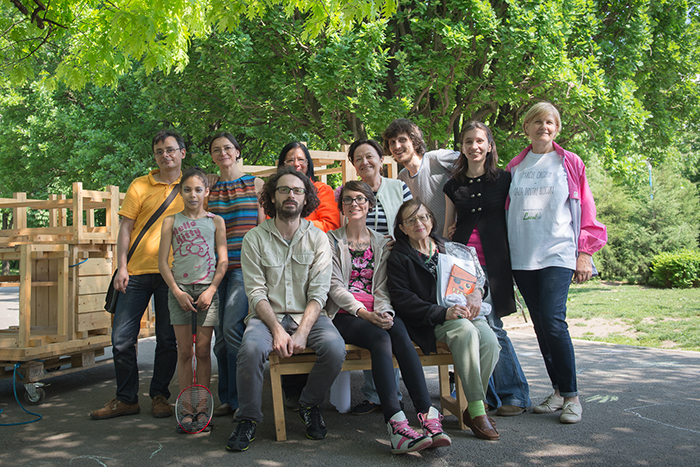 A part of the members of the Group

studioBASAR and LTCIG began to collaborate in 2015 during Urban Spaces in Action project, when, following an ideas workshop held with members of the Group, we have transformed and strengthened a symbolic landmark for users of the Circus Park: a place to meet and socialize.

Housed in a minimal utilitarian structure - a 14 sq.m. shipping container, furnished and technologically equipped - Tei Community Center responds to a local need identified by group members in various workshops and meetings organized in the community in recent years, and aims to create a civic-public partnership with local authorities. 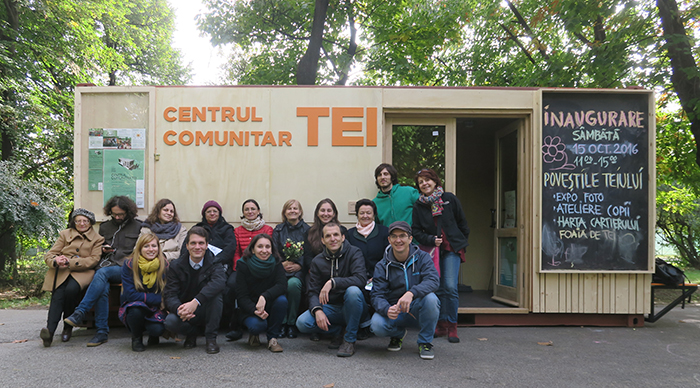 By building a program of activities that will involve other groups or organizations, Tei Community Centre aims to test and validate a model of good practice for the development of other community centers managed by organized citizens. Thus, the transfer from the citizen as a consumer of the public space to the citizen as a co-producer of public space, benefits by a format in a space of cooperation and solidarity, in which communities can find their identity and where the civic spirit can channel its energy.

The 3 main direction of activities that will happen at the Center: civic, education and culture

The center is made of a maritime container, and the materials used are natural: insulation made of cellulose fibers (recycled paper), and doors, windows and cladding made of wood. The interior space is not large, but it is enough to support cultural, civic and community activities of Tei district’s residents.

Tei Community Centre was opened in autumn 2016 in the Circus Park in Bucharest, with music, stories from the neighbourhood, children workshops and talks with the neighbours, actions part of “Tei Stories” project developed with the help of ARCUB - Bucharest Cultural Center. 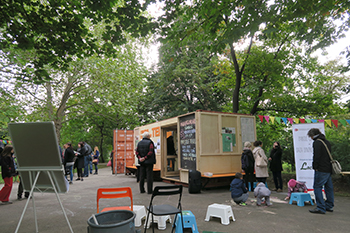 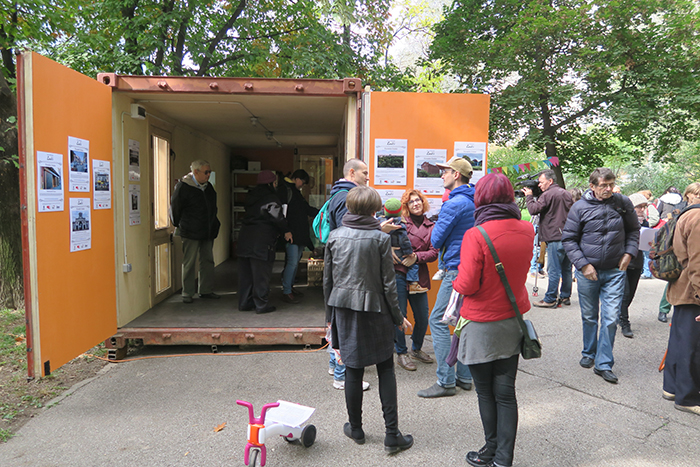 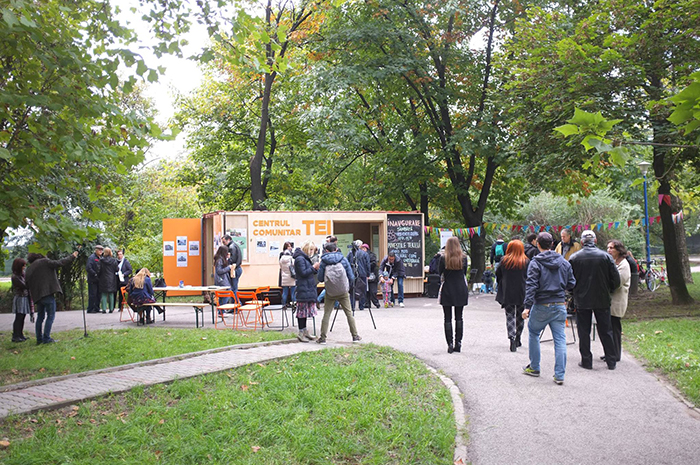 Here you can find what is happening at the Center.